Canada always throw too much. Since 1950, Canadians have consumed as much as all the generations before us combined. By the age of 6 month, the average Canadian has consumed the same amount of resource as the average person in the developing world consumers in a lifetime. Presently, 80% of municipal and industrial solid waste in Canada is disposed of by land filling with the remainder disposed through recycling, resource recovery and incineration. So they need to pay more attention to recycling. 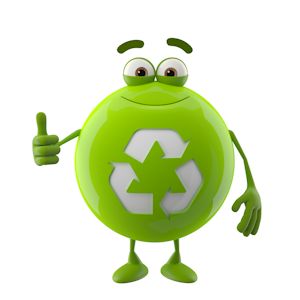 More than that, Canada is not only forced to do recycling, recycling itself also plays an important role in Canadian economy and environment. Research has shown the recycling industry creates 10 times more employment and revenue than the waste industry. An informal survey by CARI of the Canadian recycling industry concluded it directly employs about 34,000 Canadian workers, and indirectly creates jobs for around 85,000 Canadians. Studies from Europe, the U.S. And Canada all show the same results: the recycling industry generates jobs and boosts the economy. Using recycled material helps manufacturers reduce production costs and make them competitive. The industry drives the innovation of new technologies and products, which brings new energy for economic growth. As for environment, we all have common sense on this.

In order to promote recycling, Canada has been perfecting its recycling system and each province also pushes out various recycling programs according to the local situation. People have easy access to these recycling facilities and recycling center. Take Albert for example. Albert has different organizations combined to promote recycling in different fields. The Alberta Recycling Management Authority is one of them. It is responsible for administering the surcharge that has been added to the price of electronics, paint, and tires sold in the province since 205 and the province’s household hazardous waste disposal program. Another separate management authority, the Beverage Container Management Board is responsible for recycling of beverage containers. And The Recycling Council of Alberta is a registered charity which has promoted recycling in Alberta since 1987. Besides these organizations crossing the province, each municipalities of Alberta has convenient curbside facilities. Most of Alberta’s most populous municipalities have blue box, blue bag, or blue bin recycling container programs. As for recycling machines, they also like to know the new machines for them and purchase them for their recycling career.

Amisy Metal Recycling Machinery is also in recycling field and like to know and let people know the recycling situation of different countries to make good future for all of us.

Get The Latest Quotation